At the height of the Covid-19 pandemic, when stockpiles of critical supplies like personal protective equipment (PPE), hand sanitizer and toilet tissue were quickly diminishing, and options for replenishment were growing scarcer by the day, Bruce Collins, Purchasing Director for the City of El Paso in Texas, received an unexpected phone call. A supplier from one of the City’s approved purchasing cooperatives wanted to know if Collins was interested in buying some extra PPE he had on hand due to a last-minute order cancellation. “I told him I would take the whole truckload,” Collins recounted.

That call, and others like it that Collins received over the past nine months, was more than just a lucky break. Collins contends that these goodwill gestures were the result of the strong relationships his department has fostered with vendors over the years, and in particular, since launching the City’s e-procurement (EP) marketplace in 2015. The e-procurement platform technology was designed by EqualLevel, a leading provider of public sector procure-to-pay solutions.

“A commitment to open, fair and respectful engagement with all of the City’s suppliers has always been a foundational principle of the City of El Paso’s purchasing and strategic sourcing department,” said Collins. “But we have really taken our supplier relationships to the next level since we deployed the EP marketplace.

Suppliers clearly appreciate how much more economical it is for them to support our business through this technology and they see the effort we have put into onboarding them to the platform.

So, I think we saw the payback for that effort when supply chains were broken and we were the first customers suppliers would call with extra inventory. This was unquestionably an unexpected benefit of the marketplace implementation, and a real blessing, too.”

Collins explained that his primary goal in implementing their EP marketplace was to help his team “work smarter, not harder” to leverage the savings potential of the 13 purchasing cooperatives the City of El Paso City Council had approved to fulfill the City’s procurement needs. El Paso is the nineteenth largest city in the United States and Collins and his team are charged with sourcing the supplies and services necessary for the City’s nearly 26 departments that support roughly 700,000 citizens.

“The use of cooperatives is a best practice for city management,” he noted. Unfortunately, when the City Council first approved the use of the 13 co-ops, Collins’s team was hamstrung by legacy processes that kept them from reaping the cost savings and operational efficiencies the co-op contracts made possible. “We were still primarily using paper catalogs or going online to individual vendor sites to find supplies,” Collins said. “It was really inefficient both for our internal users and for our vendors.”

With the EP marketplace, Collins saw an opportunity to utilize technology to streamline access to approved suppliers and to reduce product and administrative costs. The platform consolidates punch-out and Web storefront links into one cloud-based, cross-searchable storefront, allowing users to comparison shop across online sites, to source from approved contracts, and to ensure they are following correct compliance steps. The solution spans the entire procurement lifecycle, from punch-out commerce solutions through requisitions/shopping for goods or services, approval workflow, catalog and contract pricing, purchase order automation, and receipt and invoice matching.

Cook County and the City of Houston

As the former Chief Procurement Officer for both Cook County, Illinois, and the City of Houston, Lourdes Coss was fortunate to never have to contend with a pandemic. But, like Collins, she experienced the frustration of trying to improve compliance and efficiencies with tools and processes that were either outdated, or not suited for the needs of a modern, strategic sourcing program.

For example, while with Cook County, Coss noted that her efforts to realize savings from strategic contracts was stymied by a lack of visibility into the true extent of  “maverick” off-contract activity. “Whenever a purchase bypassed the approved contract it was a missed opportunity to capture savings. But the processes we had in place did not allow us to track the items purchased outside of contracts.”

Inefficient use of staff resources was also a significant issue for Coss’s Cook County team. “Our staff was spending more than 80 percent of their time on transactions that accounted for only about 16 percent of our spend.”

Cycle times dropped from between 60 and 90 days, to just one day, and deliveries that used to take up to two weeks, were received in just one or two days.

The e-procurement implementation was so successful in Cook County that Coss once again turned to EqualLevel when she was tapped to help centralize the procurement operations for the City of Houston— the fourth largest city in the U.S., with more than 2.3 million residents. One major difference between the Cook County and City of Houston deployments was Houston’s use of a P-Card Program. Coss noted that since the e-procurement solution they implemented leverages existing ERP business rules, the City of Houston had no issues enabling the use of P-Cards for approved contracts in their marketplace.

Both Coss and Collins reported that users quickly acclimated to the new marketplace technology and processes because the platform’s e-commerce experience is modeled after typical consumer online shopping. “Our users appreciate the opportunity to obtain the goods and services they need without having to formally submit documentation through procurement,” said Collins. Coss added that because the system eliminated procurement delay issues, goodwill from end-users was immediate, which helped accelerate the momentum of the change processes in both the City of Houston and Cook County.

Naturally, there are always those who resist change. “In the early days, there were a few users who told us outright that they would never use the marketplace,” Collins related. “Ironically, some of those same individuals are now our most prolific users and the biggest advocates of the platform. To me, this is such an incredible testament to the value of this solution.”

To ensure maximum buy-in, Collins and Coss both executed aggressive outreach efforts that included a variety of training workshops and system demonstrations. Collins and his team first introduced the system internally to department heads and other deputy city managers. “We felt it was important to get buy-in from the top of the organization first,” he noted. From there, they implemented an extensive demonstration schedule with different departments and then worked with individuals as needed.

Coss noted that in both of her experiences with the e-procurement marketplace solution, the implementation of the system was “fairly simple,” but she advised others considering the technology to take their time and make sure end-users have a chance to “digest” the change and become comfortable with it.

With suppliers, the City of El Paso team took a two-pronged approach. First, after a vigorous spend analysis, Collins’s team reached out to key suppliers and invited them to join the marketplace. They also sent notices to the cooperative agencies, encouraging them to invite members with a City Council-awarded cooperative contract to join. Team members Veronica Gomez, Software Specialist, and Lupe Valenzuela, Business Systems Analyst, then worked to onboard those suppliers who wanted to participate.

Valenzuela noted that while some suppliers already had a sophisticated e-commerce capability and full, online punch-out systems, others barely had a corporate Web presence, and little to no capacity to transact online. “In the beginning a lot of these smaller vendors were worried they did not have the resources to develop a Web catalog.”

But over the years, with  support from their platform provider’s supplier enablement group, the El Paso team has successfully onboarded hundreds of suppliers. “EqualLevel has been very supportive in helping us to bring suppliers into the marketplace,” said Gomez. “The whole process has given us the opportunity to interact more directly with many of these suppliers, and as Bruce noted, we now have such great relationships with them.”

In addition to the technical onboarding efforts, Collins’s team also holds regular workshops through different partners, like the Chamber of Commerce, to help local suppliers understand the benefits of joining a cooperative, and how they can engage with the City of El Paso through the marketplace. “Typically, when an organization does a contract for office supplies, for example, it is going to be with one of the big box stores because of their pricing models,” Collins noted. “But having the co-op contracts in the marketplace, we have the flexibility to funnel some business to some of the smaller, and minority- and women-owned businesses while still getting the quality goods and services our users depend on.”

As a result of these various supplier outreach efforts, the number of suppliers participating in the City of El Paso’s marketplace has grown from 28 to more than 300. While all cooperative members can join the marketplace, they are not obligated to do so, Collins stressed. “If a supplier has a cooperative contract and they choose not to join the marketplace, we can still purchase from that supplier,” he said. “But there is no question that it is more efficient for both sides to do business through the marketplace, and those that have joined have clearly found it to be beneficial.”

The City of El Paso’s implementation of the marketplace has also dramatically reduced incidences of rogue spending that put the department’s compliance at risk. In fact, Collins said that when the system is utilized, he is “100 percent confident” that the spend is within compliance. “I know 100 percent seems unreal, but our ability to do the compliance before the contract is input and loaded into the system ensures that users are only ordering items that have been awarded to the supplier. And our team is dedicated to monitoring this monthly to look out for expired contracts, etc.”

Unlike many technology investments that begin depreciating in value as soon as they are implemented, the EP marketplace solution continues to get better and more valuable with use. “The technology is very flexible and scalable, and as purchasing folks across the country utilize the system, more meaningful features are continually added,” Collins explained.

“A Real Game Changer for Us”

Looking back to when they each were first introduced to concept of e-procurement, both Coss and Collins say that the solutions they have deployed have far exceeded any benefits they could have hoped for. “I have implemented the EqualLevel system twice already and if the opportunity arises in the future, I wouldn’t hesitate to use it again,” Coss said. Collins concluded, “Imagine having departments that source all of the items approved in a budget through one tool. Or picture yourself doing a demo for City Council and the calculations of the cost avoidance to date starts ringing up to the millions of dollars. This is our experience with this platform. It has been a real game changer for us.” 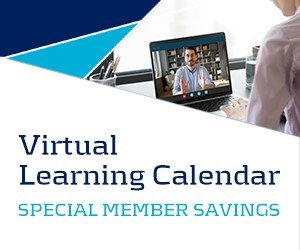 Other Resources related to this Topic

Blog
How COVID-19 Elevated Procurement’s Profile in the Public Sector
Procurement professionals aren’t simply buyers. They are first responders who have the best pulse on what’s happening at ...
Blog
Risk-Based Procurement in the Age of COVID-19
The Random House Unabridged Dictionary defines risk as, “The exposure to the chance of injury or loss; a hazard or dan...
Blog
Emergency Procurement in Multi-Event Scenarios
2020 will long be remembered as the year of the COVID-19 pandemic.  From early warnings in January to growing concerns i...